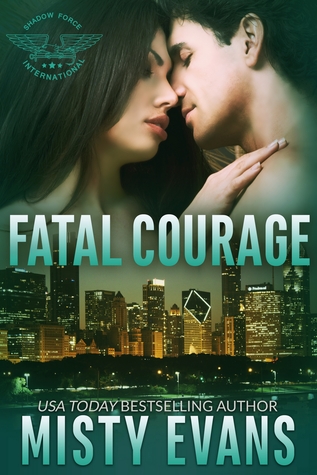 He ruined her career…In twenty-one missions, CIA golden girl Ruby McKellen has failed only once. Thanks to Navy SEAL Jaxon Sloan, the man who stole her heart and forced her to choose between him and her partner Elliot, she’s on probation and Elliot is in prison for national security crimes. To prove Elliot’s innocence and save her damaged career, Ruby is running an unsanctioned mission—but the only way to get the proof she needs is to go to Jax with her tail between her legs.She wrecked his heart…Jaxon left the Navy after the mission with Ruby in Morocco went south, but that one hot, unbelievable night with her will haunt him forever. Working for Shadow Force International now, his new assignment has brought him full circle—the CIA operative Jax’s testimony sent to prison has escaped and Jax has been ordered to hunt him down. Just like in Morocco, the one thing standing in his way is Ruby.A second chance at love could prove fatal…When Ruby’s life is threatened and Jax stumbles on information that might prove Elliot is innocent, guilt over putting the man in prison compels him to join her unsanctioned mission. What really happened that night six months ago? Is Elliot an honorable spy or a mastermind at manipulation? Ruby is the only one who can help Jax navigate the world of undercover lies and betrayal to find the truth.In a battle of wills—and of hearts—Jax and Ruby must have the courage to face the truth about themselves, their past, and what it really means to betray someone you love.

In Fatal Courage by Misty Evans, I was taken into a complex, political, multilevel plot filled with unknowns and danger.  At it's center is Ruby, a CIA agent on probation, and Jax, a former Navy SEAL, now operative for Shadow Force International.  Ruby and Jax have a very brief past together, but it's one that's shaped how each of their world has become.  Now the past is part of the present as they are brought together again...but nothing is obvious or what it seems.  Ruby and Jax are both on a mission, but their goals and believes are very different.  Soon though, Ruby is in real danger, Jax is guarding her, and they are reluctantly working together.   Trust is hard to have for Ruby, but as the danger to her increases and the obvious attraction that still remains between Ruby and Jax simmers, she cautiously starts to trust not only Jax, but his SFI colleagues.  Can they keep her safe from the unknown as Ruby and Jax race against time to uncover a plot no one should know about?

There is a great mix of romance, suspense, danger, and politics in Fatal Courage.  The plot is intricate and detailed, but at times was a little difficult to follow in the beginning.  As the story progressed and the plot thickened, it was easier to fall into and become very intrigued in.  I found the plot to be believable, and that was intense!

Ruby is quite single minded in her focus to start, but as she and Jax slowly form an alliance, I liked that she was able to look at what had happened and what was happening from different angles.  She is not used to trusting many people, and the slow build of trust as well as a relationship was interesting to be a part of.  Ruby wants to fly solo, but Jax is determined to be there for her...in any way he can.  I liked both of these characters, but it was Jax who pulled me in the most.  With who he was, his history, his feelings, and actions, he felt so real.

There are a lot of secondary characters in Fatal Courage.  The majority of them are also with SFI, and they all play a relevant role in the plot.  I really liked what they brought to the story and getting to know them all just a little bit better.  Beatrice is a strong secondary character who I can't wait to find out more about!

Fatal Courage is part of Misty Evans' Shadow Force International series, and while the story stands alone, reading the previous books in this series will help you understand the SFI group as a whole.  I'd recommend Fatal Courage to romantic suspense readers.

Purchase from Amazon.com
Posted by Sue Peace at 10:31 AM