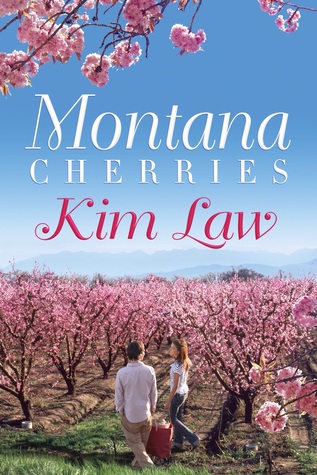 After her mother’s tragic death, Dani Wilde had no choice but to abandon her dreams. She left Columbia University and returned to her family’s Montana cherry farm, intent on being a maternal figure to her brothers. Now the kids are grown, and it’s finally her time to fly. Her sights are on New York City, and nothing will stop her—not even an old flame with gorgeous green eyes.

Celebrity photographer Ben Denton hasn’t seen Montana in years—and hasn’t spoken to Dani since “that night” so long ago. When he discovers he’s a dad to a four-year-old—and the child’s mother refuses to care for her—Montana and the Wilde farm spring to mind. The orchard is the only place that’s ever felt like home, but will the warmth of the Wilde family be enough to help Ben figure out how to be a father?

As the Wilde family gathers for the yearly cherry harvest and Dani struggles to figure out what she really wants in life, she discovers the shocking truth about her own mother—and learns that following her heart may lead her to her dreams after all.

Montana Cherries by Kim Law is an intriguing read with dynamic characters.  Montana Cherries is not just about Dani, but about her whole family and how they continue to struggle with the past...even if they have different memories of it.

Dani was an interesting heroine.  She gave up a lot for her family and never moved forward again until now.  I admired this about her, she put her family ahead of her own dreams.  But even though everyone is grown up now and living their own lives, I felt like Dani still wanted to be in charge of everyone, and this was a bit harder to take.  Having said that, Dani is realistic because she's not perfect, and the story that unfolds in Montana Cherries is heart breaking at times.  There were pieces I didn't understand, such as Dani's altered memories of her mother - Dani was an older teenager when she died, and why some things happened or didn't happen, but like any family and anyone, no one is perfect, they just do the best they can.

I liked how all the family members fit together and the connection they had was believable, but the reason for some of their actions was difficult to grasp and understand.

Ben and his daughter are a strong part of the plot, with his story intertwining perfectly with Dani's.  The relationship they develop and Dani's way with his daughter worked perfectly with the main plot, and their romantic journey was a strong sub plot.  I really liked Ben.  He has had his life turned upside down, and he is struggling but coping.

Montana Cherries is well paced, the build up is intense, and the family dynamics stunning.  I'd recommend Montana Cherries to women's fiction readers who like romance blended into the main plot.