The CEO by Victoria Purman 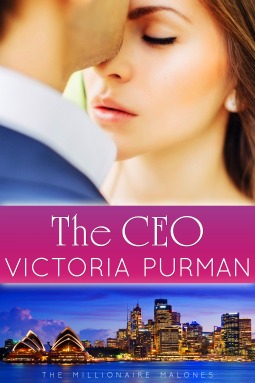 CEO Callum Malone has it all: power, Italian suits, a house on one of Sydney’s stunning beaches and a new life without a woman in it. Just the way he likes it, ever since his nasty divorce.

Landscaper Ava Gibson is in no position to turn down a job, even if it is for her despised ex-brother-in-law. But when resentment gives way to underlying attraction, Ava is finally forced to confront her truth… she’s falling for him.

Will Ava be able to keep her growing desire in check? Because the irresistible Cal doesn’t want her to…

The CEO is all about forbidden romance and hidden desires...

Ava has been in love with Cal since she met him, but he belonged to another woman.  She hides her attraction underneath a believable cloak of dislike and contempt.  I found Ava a difficult character to like, because she was just not nice to Cal and made a lot of assumptions about him.  Even as a relationship between them cautiously builds I had a hard time connecting with her.  This is partly due to her character and partly the forbidden romance part of the plot which in this scenario for me was just a little too much of a turn off.  I liked Cal, how he wanted to prove himself, but didn't talk poorly about anyone, instead letting Ava find things out on her own.  Although a novella, the growth of their relationship didn't feel rushed.  It was interesting watching the relationship between them grow and wondering if they could make anything between them work.

I liked the secondary characters in this book, I saw just enough of them to keep me curious, and I liked the relationship they all had.

If you like this kind of forbidden romance and well hidden lust, I would recommend The CEO.